Business Client Review on Yelp for the JQK Law Firm:

"Mr. Khosravi is our company's immigration lawyer. We could write a book describing how competent, nice, and professional he is. Immigration processes are hard and the outcome of cases is not always up to the lawyer, however, John does more than his best and we feel 100% safe and happy with him. Mr. Khosravi is aware of every single aspect of our business and builds the strongest, most successful cases. Moreover, he always stays in touch and guides us through many details regarding the immigration law. We were so lucky to find him and we know that we could never find a better lawyer." 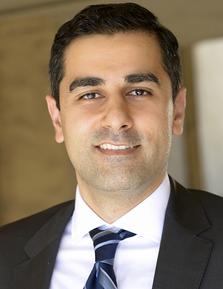 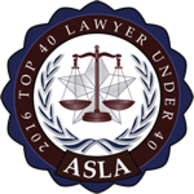 Thank you for contacting us! If needed, you will hear back within 48-72 hours.

Make Your Immediate Request
​For Information Or Consultation 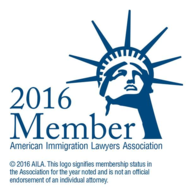 On April 14, 2016, the USCIS issued a Policy Memorandum (PM-602-0131) based on the Administrative Appeals Office (AAO) Decision of Matter of Z-A-, Inc., (EB1) providing clarification of the parameters of the L-1A Intracompany Transfer “Essential Function” Manager Category.

The decision provided an interesting and expansive view of the calculation of staffing levels for the U.S. Petitioning Company, allowing the L-1A foreign company’s employees to be counted when gauging the organizational structure and depth of the U.S. Petitioning Company and deciding whether there are sufficient employees to relieve the beneficiary from performing non-qualifying duties.

Generally, the L-1A Intracompany Transfer non-immigrant classification allows certain employees engaged in Executive, Management or even Specialized Knowledge Employees (only for existing office Petitioners) to transfer from a foreign company to a qualifying U.S. company, to participate in Executive or Management positions. Managers come in several types, including “Personnel Managers” and “Function Managers.”

In this case, the AAO’s analysis accepted the Petitioner’s use of personnel employed by qualifying entity abroad to perform day-to-day non-managerial tasks for the Petitioning U.S. entity. This allows the U.S. Petitioner to employ fewer individuals, while alleviating the Beneficiary/Function Manager from doing day-to-day tasks in the U.S.

The Petitioner requested an extension of the Function Manager status for its Vice-President/C.E.O that had entered the U.S. for “market development” and expansion of the parent company in the U.S. The USCIS Director denied the petition stating that the Beneficiary would not be employed in a qualifying management capacity because it lacked enough U.S. employees to allow the Beneficiary to avoid day-to-day responsibilities and non-qualifying activities.

Based on AAO decisions of cases denied by the USCIS Director in the last few years, one quickly sees that a majority of denied cases were due to the Petitioner not properly describing how the Beneficiary would be employed in a qualifying Management or Executive position.  This is the regular charge made by the USCIS Director in denying L-1A cases.

Frequently the reason for this charge is that the Petitioner does not have enough staffing to allow the Beneficiary to focus on Executive or Management duties. This is a problem for smaller companies that can be rectified by hiring more managers, employees with degrees, administrative, sales, marketing, legal, office, warehousing, R&D and other types of staff members. However, an increase in staffing that would satisfy Immigration standards might have a deleterious effect on the Petitioner’s business sustainability.

This Policy Memorandum may make it easier for start-up L-1A Petitioning Companies to obtain status without having to unsustainably balloon their operations. However, the following limitations should be noted:

(1)  By not including executives and other types of managers in the decision, the AAO seems to limit the use of foreign employees in this context to Function Managers only, and

(2)  The AAO stated in a footnote that the “essential function” being managed in this case was for “market development” in the U.S., but that this activity would not be considered an essential function in all cases.

The interpretation of this case may be used in future Petitions for Function Managers and potentially other types of L-1A Beneficiary categories. But it is important to note that L-1A cases are always decided based on the totality of the case and evidence. Sometimes one weak aspect of the petition can be overcome by showing strengths in other areas. This case had specific facts that differentiate it from other L-1A petitions for small U.S. offices and must be noted when compared to other cases:

1)    The qualifying foreign company abroad in this case:
a.     Had high revenue ($900 million in sales),
b.     Huge infrastructure and geographic scope (including a research and development laboratory, seven factories nine subsidiaries in Japan and 5 in other countries), and
c.     Over 1,500 employees globally.

2)    The Petitioner was able to establish that the Beneficiary has functioned as a qualifying manager abroad in the past 3 years.

3)    Documentation of the wages paid by the U.S. Petitioner was provided:
a.     To employees ($275,000.00+), and
b.     To third party service providers/independent contractors (including corporate attorneys, accountant and payroll service).

5)    Documentation of 8 staff members in the foreign/parent company being used to help the U.S. Petitioner’s operations:
a.     Importantly, the Petitioner provided the names, education level, salaries and brief descriptions of job duties for the 8 foreign employees, and
b.     Although minimum educational requirements for the employees were not required since the Beneficiary was not a Personnel Manager, bachelor’s degrees in the sciences, engineering and business were provided for 7 of the foreign employees.

6)    The Petition provided a detailed job description for the Beneficiary:

a.     Included duties and percentages of time committed to the Beneficiary’s responsibilities, and

b.     Specified that the Beneficiary exercised full authority over negotiations with customers and outside professional service providers.

ii.     Also note: the AAO decision did not provide a comprehensive description of what duties and responsibilities were described in the Petition for the Beneficiary. Vague descriptions by a Petitioner can lead to the denial of an L-1A petition.

7)    Documentation and evidence of a close working relationship between the Petitioner and foreign company was provided.

This decision was important because it permitted L-1A status for a U.S. Petitioner with only 2 employees on payroll, by permitting the inclusion of foreign employees in the organizational structure of the Petitioner when the Beneficiary is a “Function Manager” that does not directly oversee employees. This is an expansive view of this aspect of the L-1A non-immigrant category that can help many smaller U.S. Petitioners, as well as potentially being used by L-1A Executives and other types of Managers. However, the totality of the facts differentiates this case from other cases and Practitioners should note these differences when using this case as a basis for new Petitions.